Diabetes is a disorder of metabolism—the way the body uses digested food for growth and energy. Most of the food people eat is broken down into glucose, the form of sugar in the blood. Glucose is the main source of fuel for the body.

After digestion, glucose passes into the bloodstream, where it is used by cells for growth and energy. For glucose to get into cells, insulin must be present. Insulin is a hormone produced by the pancreas, a large gland behind the stomach.

When people eat, the pancreas automatically produces the right amount of insulin to move glucose from blood into the cells. In people with diabetes, however, the pancreas either produces little or no insulin, or the cells do not respond appropriately to the insulin that is produced. Glucose builds up in the blood, overflows into the urine, and passes out of the body in the urine. Thus, the body loses its main source of fuel even though the blood contains large amounts of glucose.

Type 1 – Type 1 diabetes is an autoimmune disease. An autoimmune disease results when the body’s system for fighting infection—the immune system—turns against a part of the body. In diabetes, the immune system attacks and destroys the insulin-producing beta cells in the pancreas. The pancreas then produces little or no insulin. A person who has type 1 diabetes must take insulin daily to live. 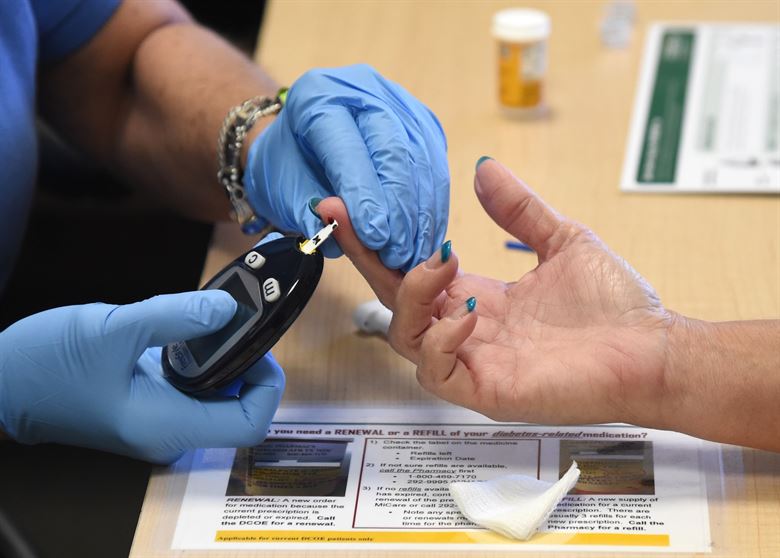